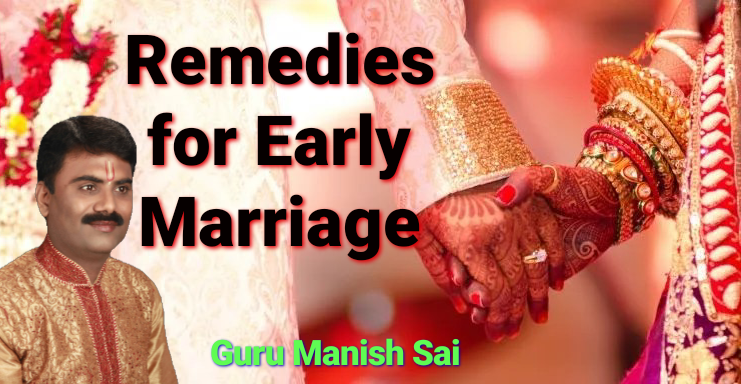 25 Astrological Remedies to get married soon, know the reason and prevention of delay in marriage ..

According to world famous astrologer Dr Manish Sai ji, today we will know in this important spiritual post the reason for delay in marriage and important ways to avoid it. According to Guru Manish Sai, Marriage is a major landmark in life and Astrology reflects all aspects of marriage in depth.
The most important planet for marriage in case of females is Jupiter and in case of males is Venus. Saturn has a major role in the delay of marriage.


Unfortunately, due to various factors marriages can sometimes be delayed. Why marriages get delayed and what remedial measures are needed to avoid any delay? Mostly delaying factors are: career oriented efforts, higher qualification, family responsibilities to be fulfilled before being married, highly choosy, in search of a better partner etc.

Apart from seventh house, some planets play very significant role in delaying the marriage. There are two main planets, Venus for male and Jupiter for female, which are very instrumental. Some more planets are also important due to their energy and placement.


Traditionally known as the House of Marriage, the Seventh House includes much more than holy matrimony. We’re talking about all kinds of relationships (romantic, friendships, and business partnership) and other partnerships. If Sun is placed in 7th house, there might be delay in marriage. Saturn is the planet of teaching lesson in life. It teaches lesson in which it is sitting or which it rules or aspects so one should wait till Saturn return. After Saturn return the native get mature and ready to take right decision. Saturn sitting in or aspect 7th house delay in marriage, even if Saturn sitting with Jupiter or Venus. Venus is the planet of love and relationship. If Venus conjunct with malefic planets like Saturn, Sun and Ketu or Saturn aspects Venus they damage the energy of Venus and can delay in marriage. Venus combust, debilitated and retrograde makes it difficult for a person to take decision which causes delay in marriage. Sun is the enemy of Venus and if Venus in the sign of Leo, it can delay in marriage. If Venus is sandwiched between malefic planet like Sun and Saturn, it delays marriage, because they infused their malefic effect on Venus.


Jupiter is the planet of many important things in life. It controls many things in life like marriage, children, luck, wisdom and higher knowledge. If Jupiter is debilitated, retrograde or combusted delay in marriage and create disharmony in married life.


Mars is the planet of fighting, if Mars is posited in 7th house or aspect 7th house person should marry late otherwise it create problem in married life. Mars energy get matured in age 28 the person should get marry after 28. The 2nd and 4th house considered of family, any malefic planet like Saturn, Ketu and Moon with Ketu sitting in 2nd and 4th house can delay in marriage.


Rahu gives unconventional marriage, if it sits in 7th house it makes person obsessive he/she should think thoroughly before getting married. Ketu is the planet of detached and disinterested in materialistic world if Ketu comes in 7th house the person is not interested in marriage unless Jupiter or Venus aspect the Ketu. In general, retrograde, combust and debilitated planets in 7th house can cause delays in the marriage.

▪️What to do to avoid delay in marriage-

1. If a girl's marriage is getting delayed, she should keep fast for sixteen consecutive Mondays and offer jalabhishek with sacred water in Shivlinga. She should dress up as Goddess Parvati, tie the knot between Shiva and Parvati and pray for early marriage. Marriage proposals will start pouring in.


4. The girl wanting to get married should feed green grass or spinach (Palak) to Cow regularly.


6. Get the root of banana tree durіng an auspicious Mahurat (consult a priest) and energize it by worshipping it, then kеер it securely wrapped in a yellow cloth.


7. If a girl’s marriage is being delayed then she ѕhоuld wear a locket of Shivlinga made from Amber gemstone in her chain, so that it becomes visible to others. She will ѕооn attract a person of her liking.

8. On a Thursday, put 7 betel nuts in a yellow colored piece of cloth, 7 janeu, 7 knots of turmeric, seven pieces of gur (jiggery), 7 yellow flowers, 7 pieces of brass, and one fistful of gram pulse. Offer prayer to Maha Gauri and put the packets in your house. After marriage, float the pack in water.


9. Those with Rahu dosha should worship Goddess Durga. Doing so can remove all obstacles in marriage.


10. Worshipping at Navagraha temple where the deities are with consorts are installed will remove the delays in getting married.


11. There is a belief that by helping the poor people in their marriages financially or otherwise will help the helper in getting married easier.


12. Another procedure for removing delays in getting marriage is to perform Tulasi marriage.


13. There are also some specific temples in almost every part of India, where if appropriate offerings are made with belief and devotion, the marriage may take place easily and earlier.


14. Another belief is to light panchadeepa (five earthen lamps) with oil and do abhishek (sacred bathing) with turmeric powder, milk, etc, to Lord Ganapathi who is seated under Neem tree and pray sincerely to the deity. The result will bring a good spouse without much delay.


15. Persons who are in between 25-30 yrs of age bracket are advised to wear yellow-colored clothes every Thursday, religiously. They should offer milk and water to Shivlinga every Monday morning while chanting the following mantra up to 108 times- “Om Parvatipataye Namah”. Do this remedy until at least 9 Thursdays.


16. Individuals in 31-35 years of age bracket are advised to plant a banana tree outside their home. They must avoid consuming salt on Thursdays and chant “Om Brum Brhaspataye Namah” for at least 3 times in front of Vishnu idol.


18. To avoid delay in marriage the girl should offer water at a Peepal tree for 43 days and also light a Deepak there (pure ghee lamp). One should not do this on Sundays and during menstrual periods.


19. Boys and girls whose marriage is getting delayed should mix a little turmeric powder in their bath water and after taking the bath should put a tilak (holy spot) on the forehead with saffron .


20. In case of a girl’s marriage getting delayed, make her wear new clothes during marriage talks.


21. If you are short of good proposals to marry off the girl, give her to wear yellow clothes on Thursday and white clothes on Friday. If these clothes are new, that’s better. Do it for 4 weeks and you will surely get good marriage proposals worth considering?


22. If marriage negotiation is breaking down repeatedly after reaching to final stages, make it a point to put off shoes/slippers before entering the room where talks are taking place.


23. At the moment when bride’s side is entering prospective groom’s household for negotiation talk, girl’s parents and other well-wishers should put left or right foot first inside the house, depending upon the nostril from which they are breathing.


24. When the parents go for marriage negotiation to groom’s house, girl should keep her hair open, not tie them. She should also be happy and offer sweets to them..


25. If one reads verses related to the marriage of Shiva and Parvati in the Balkand of Ramcharit Manas every day, wishes of early marriage are fulfilled.

▪️What not to do to avoid delay in marriage-


1. Don’t wear any yantra without consulting your astrologer.


2. If you are conducting any pooja or reciting any mantra for marriage, do not discontinue it. Do it at fixed time as far as possible.

3. Avoid any argument with your parents or elderly relatives.

4. Avoid having kitchen in the North-east direction and taking food in drawing room.

6. For the time being don’t keep mirror in your bed room, instead keep the good quality photograph of Shiva-Parvati together.

7. Marriageable age boys must sleep in bedrooms facing the North-East and for girls it should be north-west.
The best results will be gained if the marriage seeker will perform this remedy him/herself. So, these are some remedies for the ones who are willing to marry. You can follow some of these measures as per your convenience. You need to spare some time to perform these remedies with positivity. I hope you will get married soon with your dream partner. 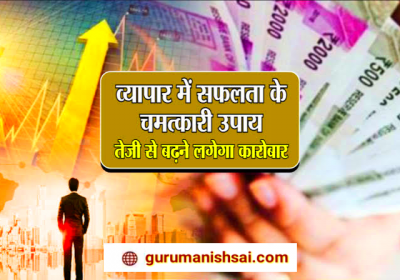 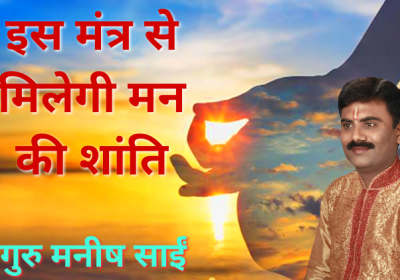 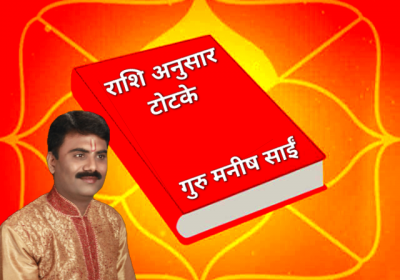 If Venus is bad, then correct it with these easy measures...Guru Manish Sai

इस उपाय से होगा भाग्योदय /How to get Strong Luck : Make your Luck Strong with these Easy tips